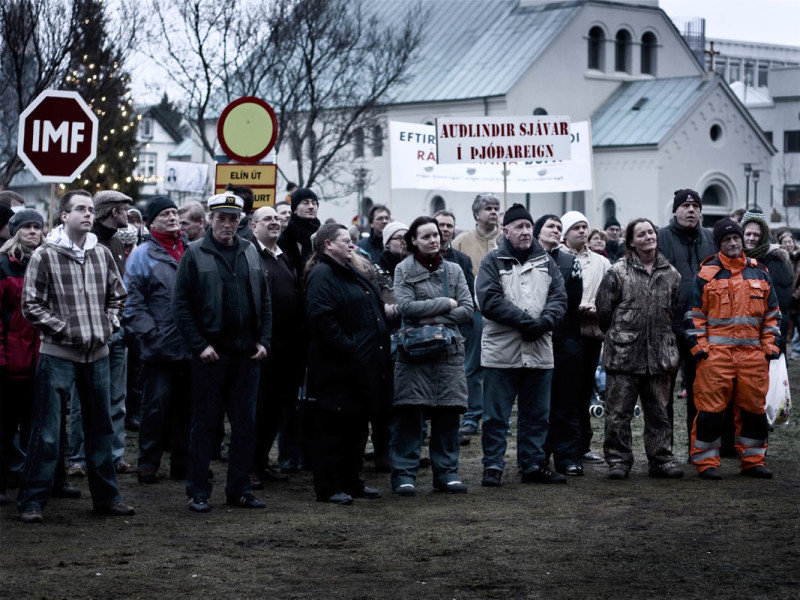 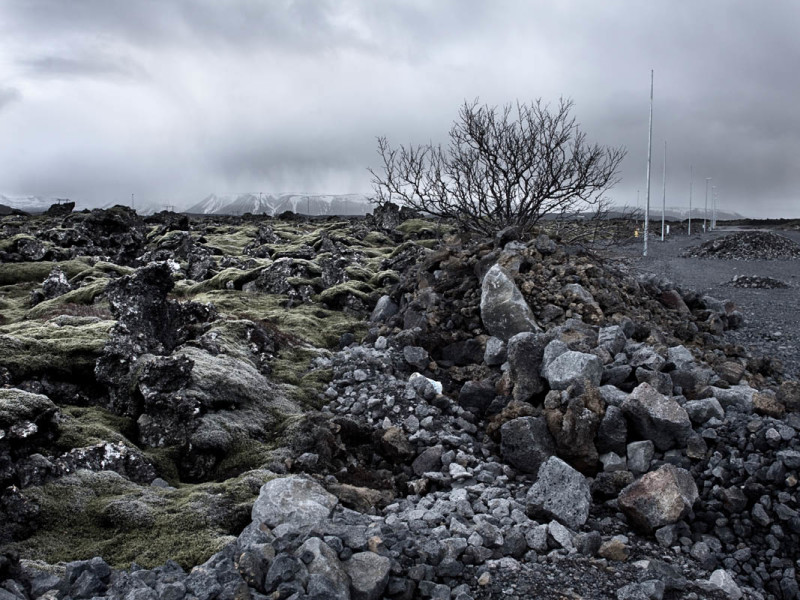 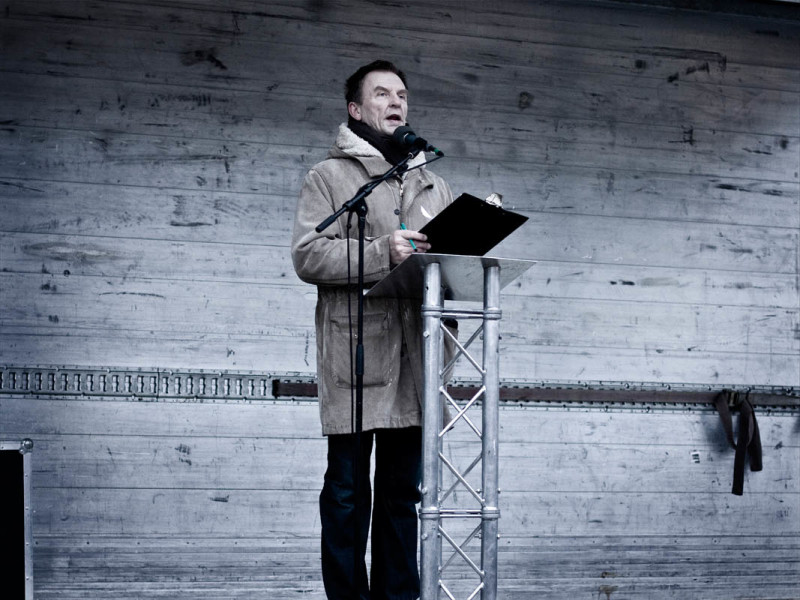 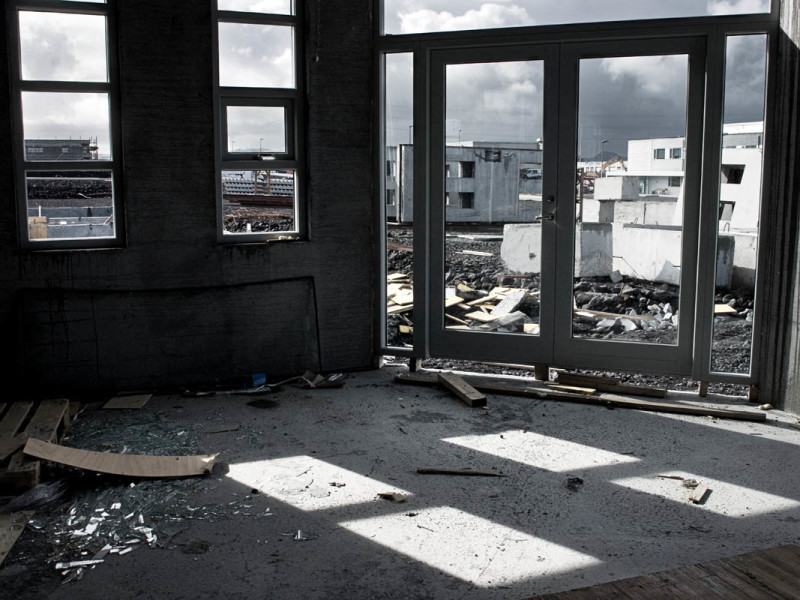 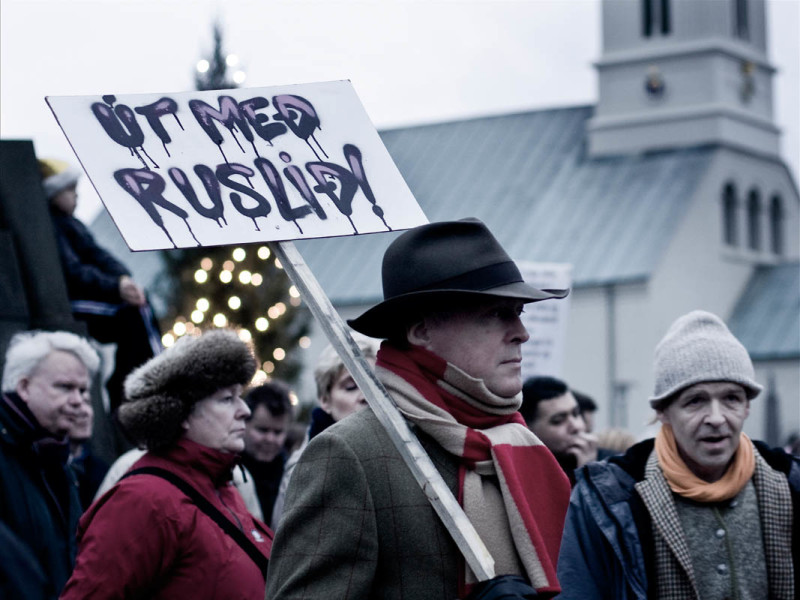 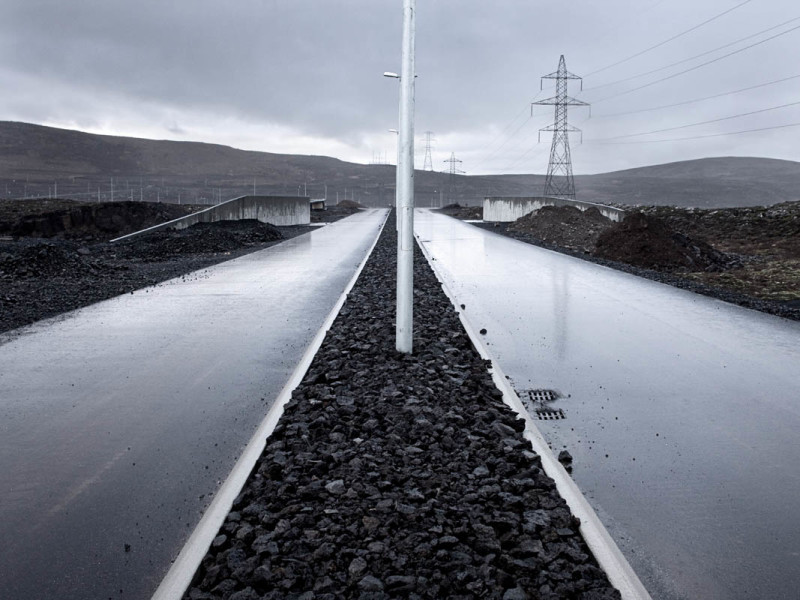 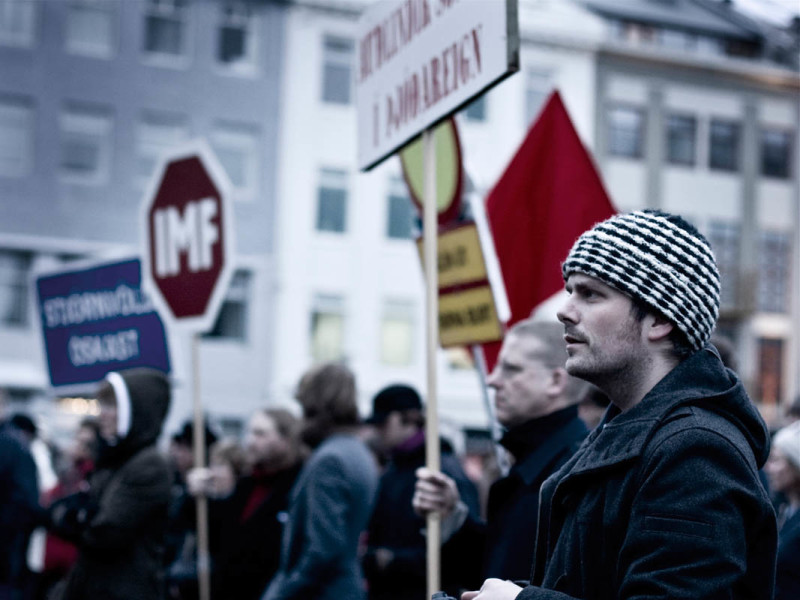 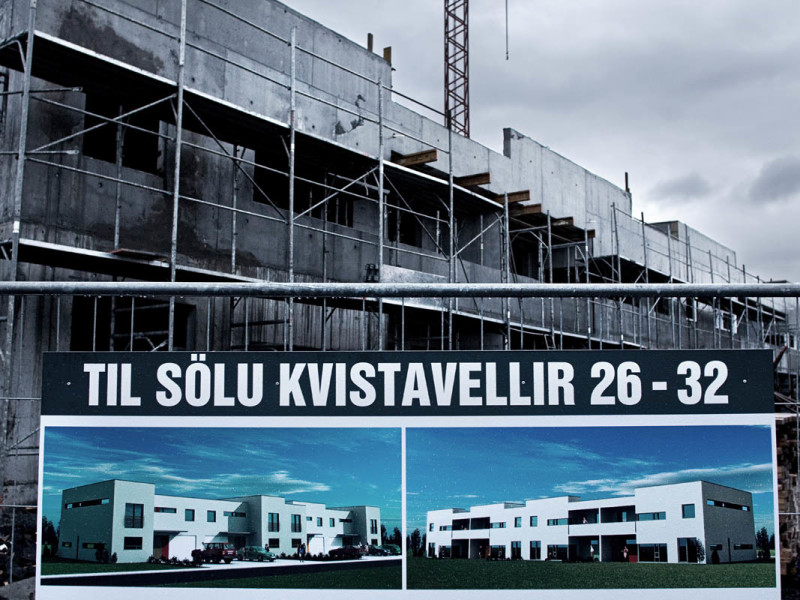 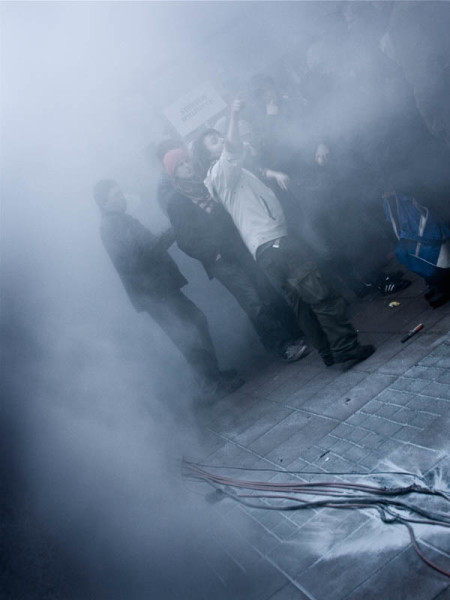 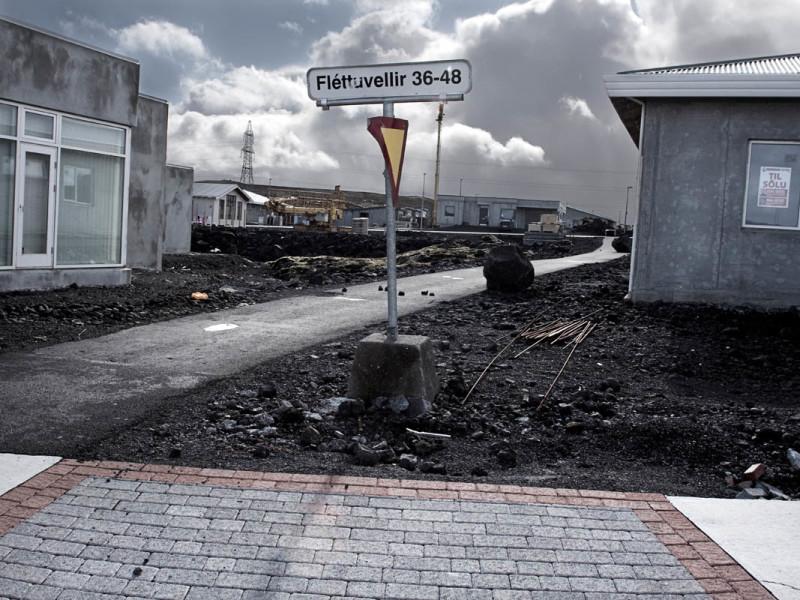 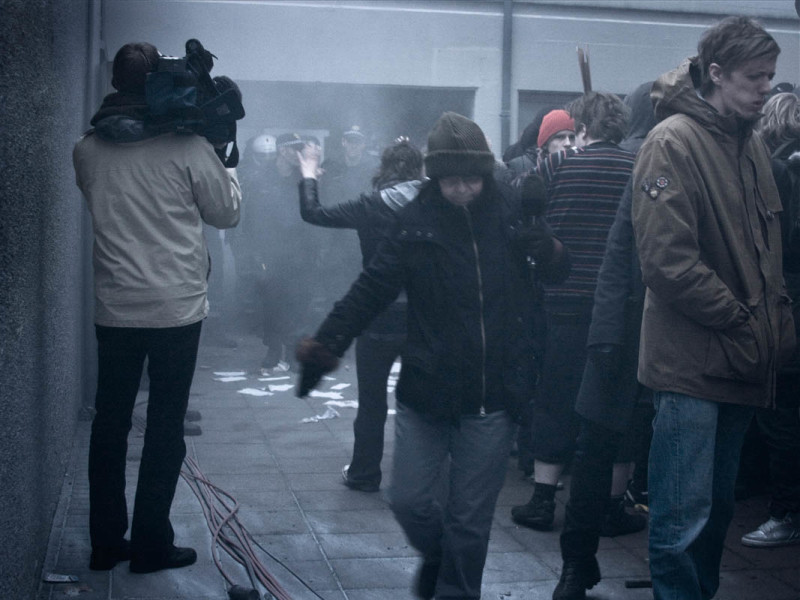 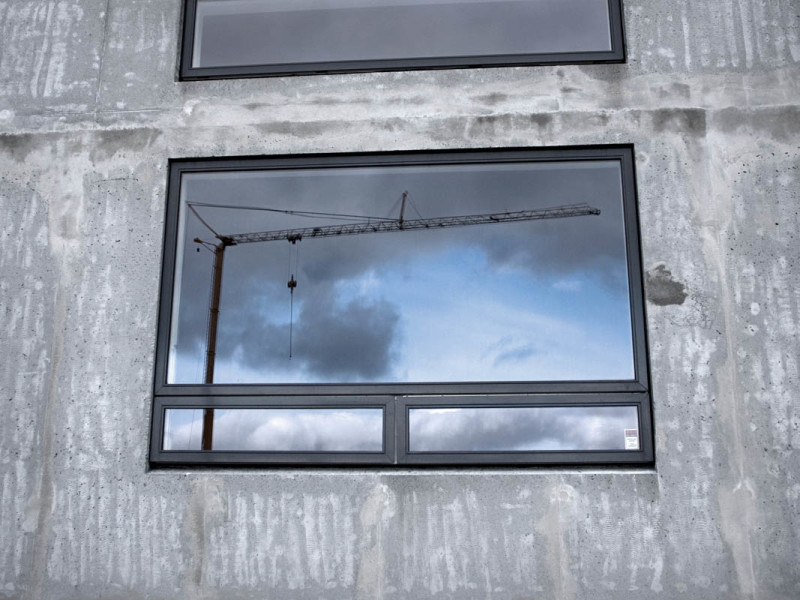 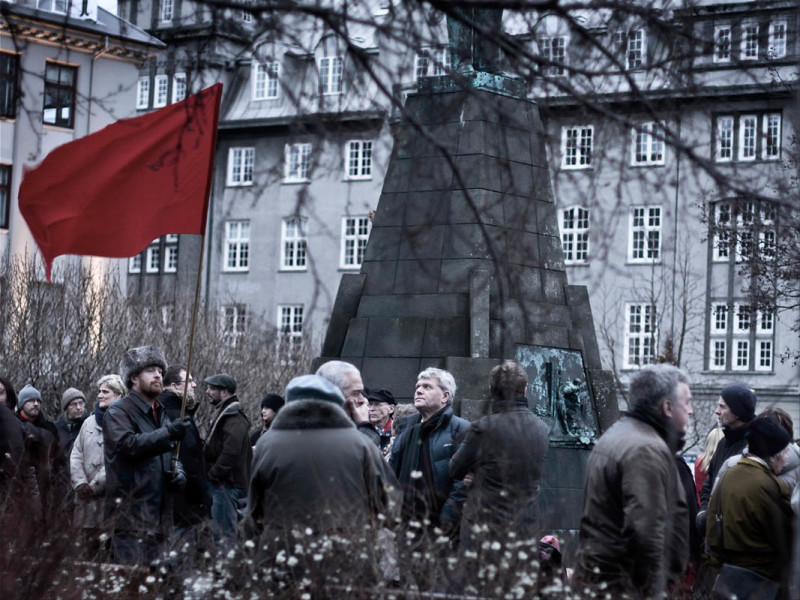 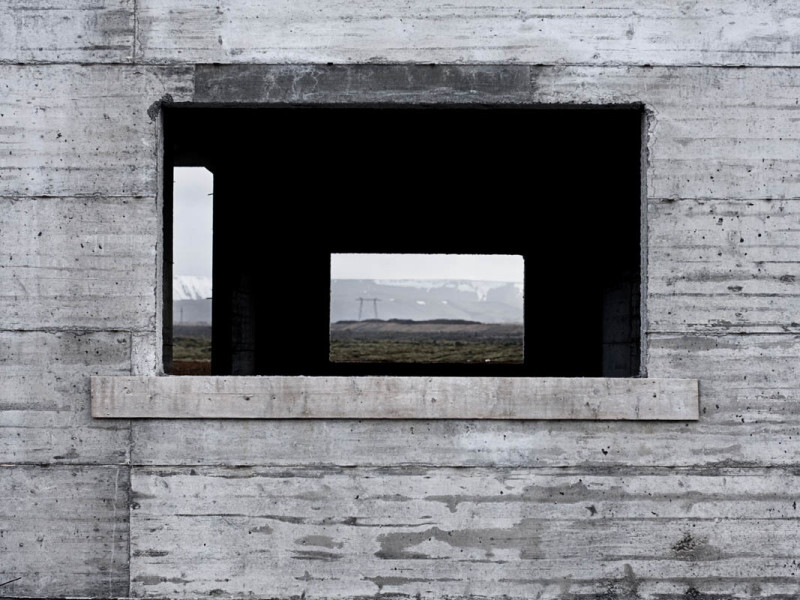 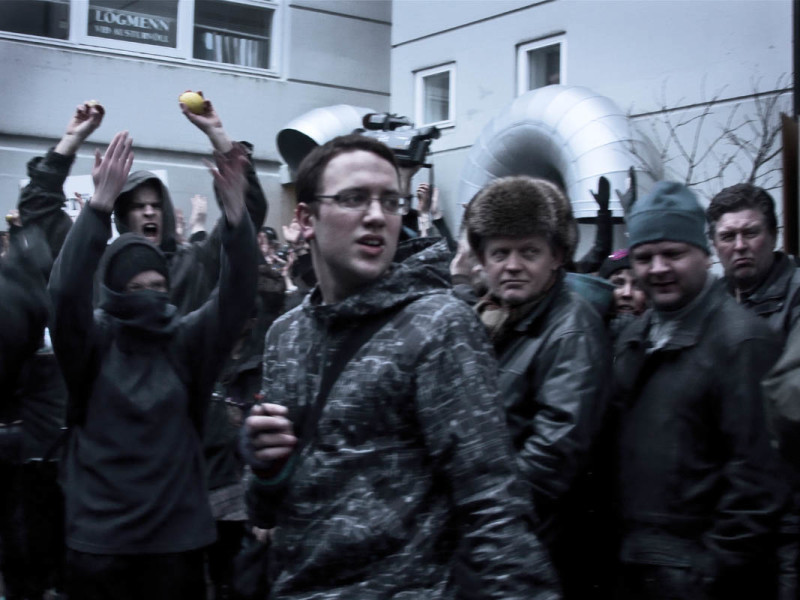 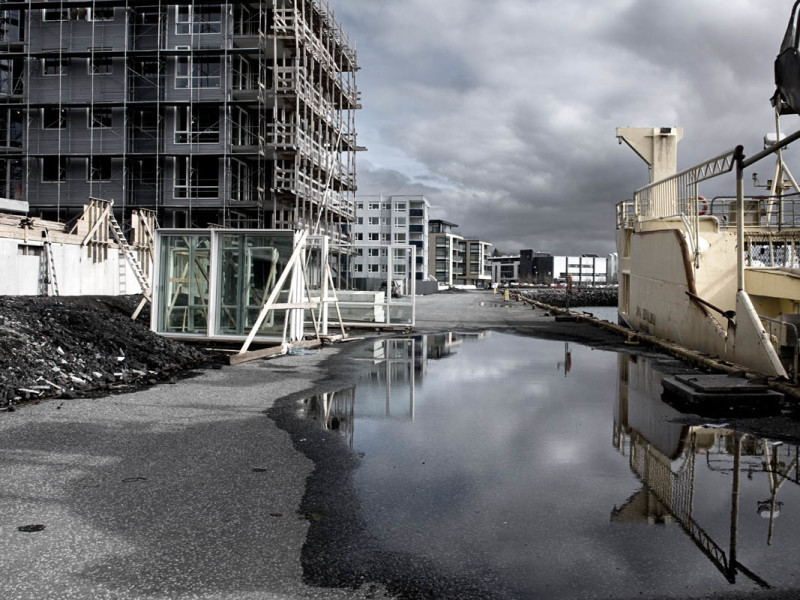 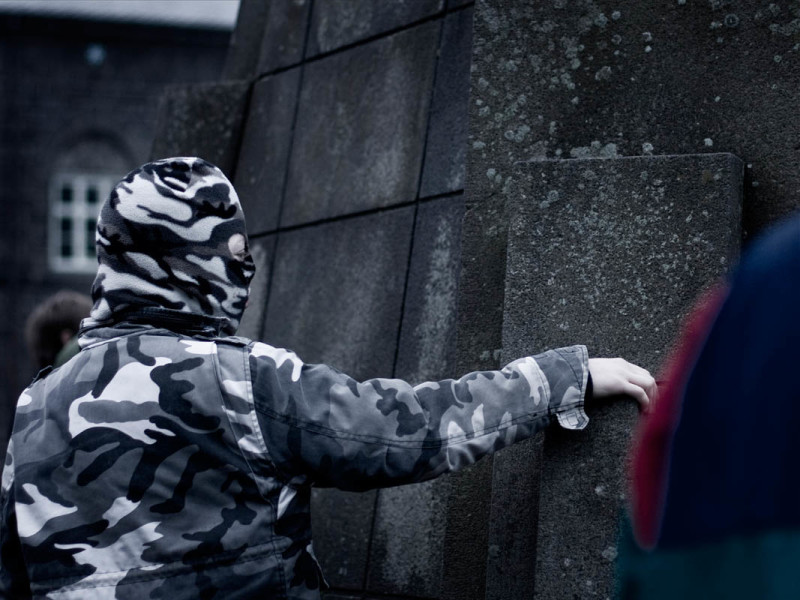 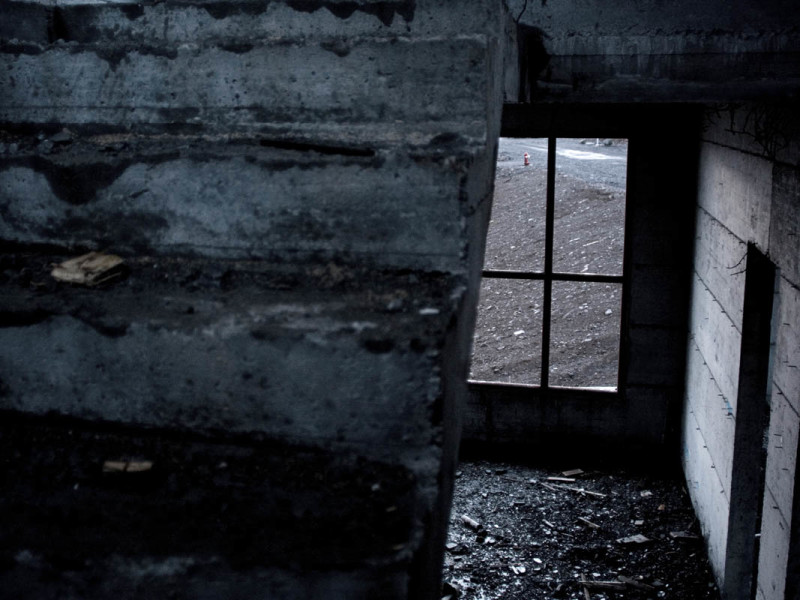 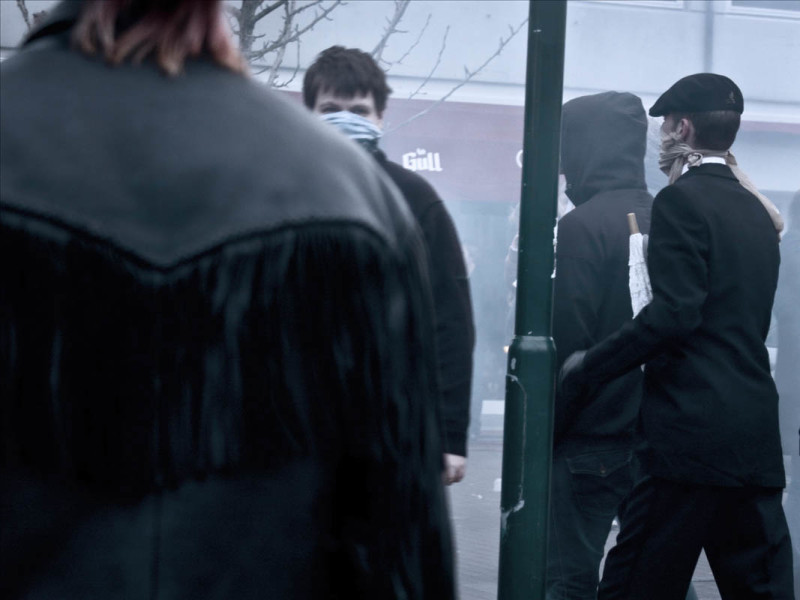 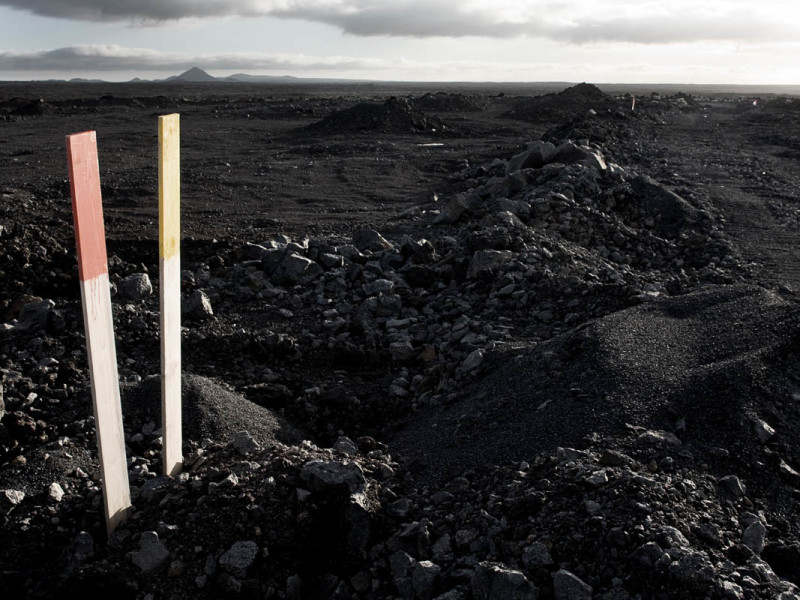 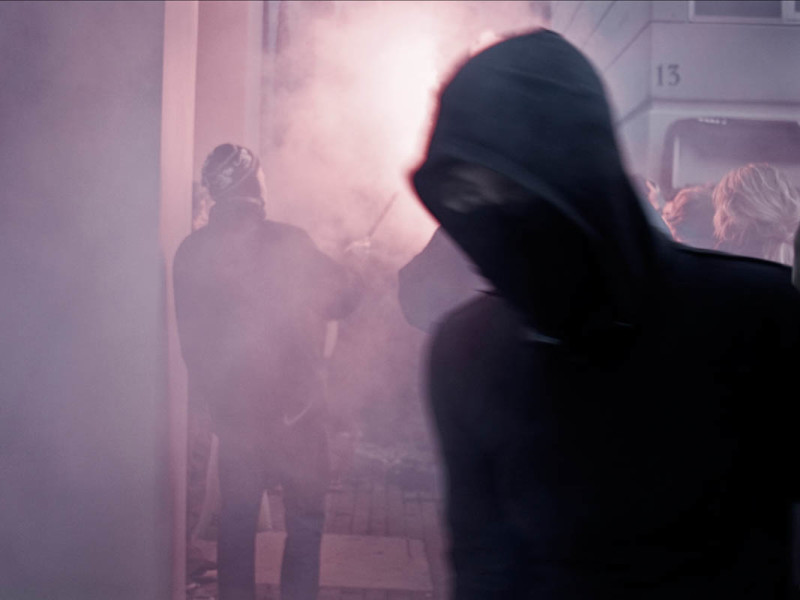 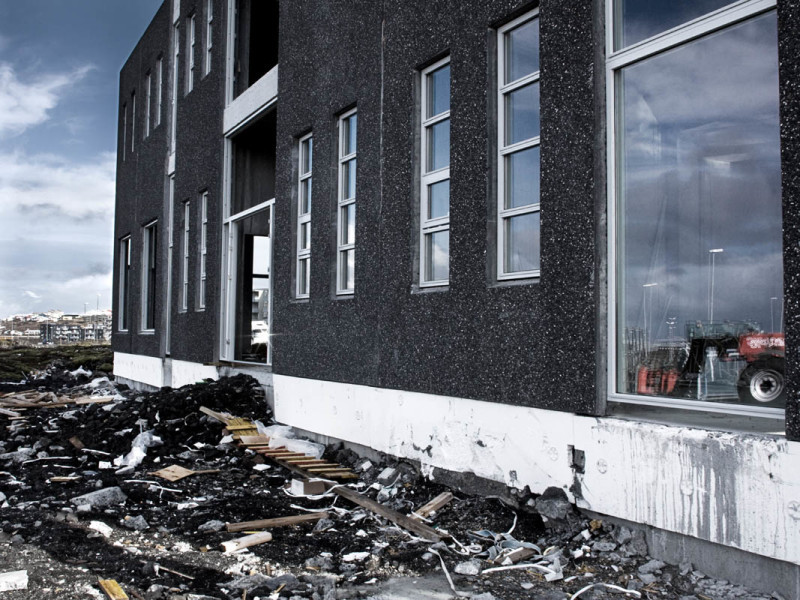 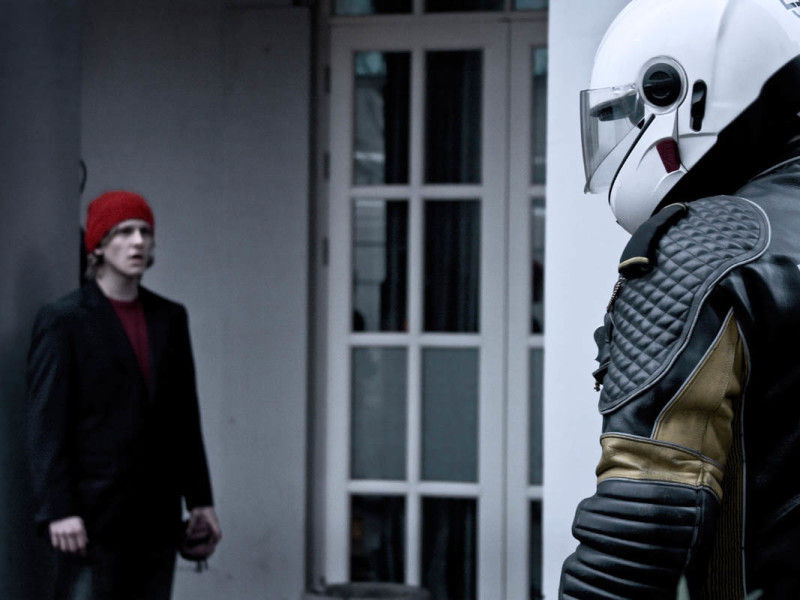 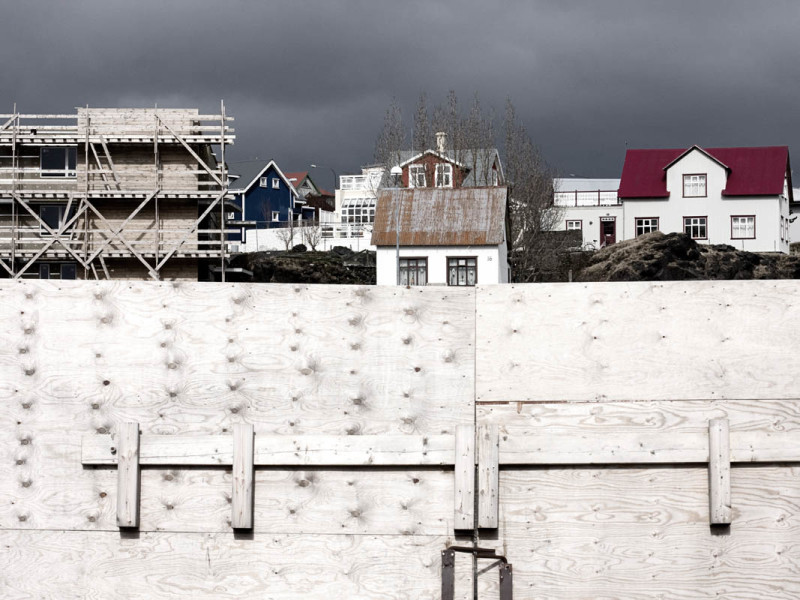 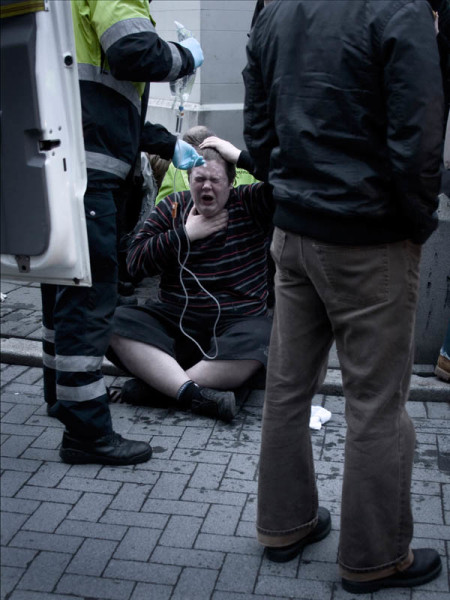 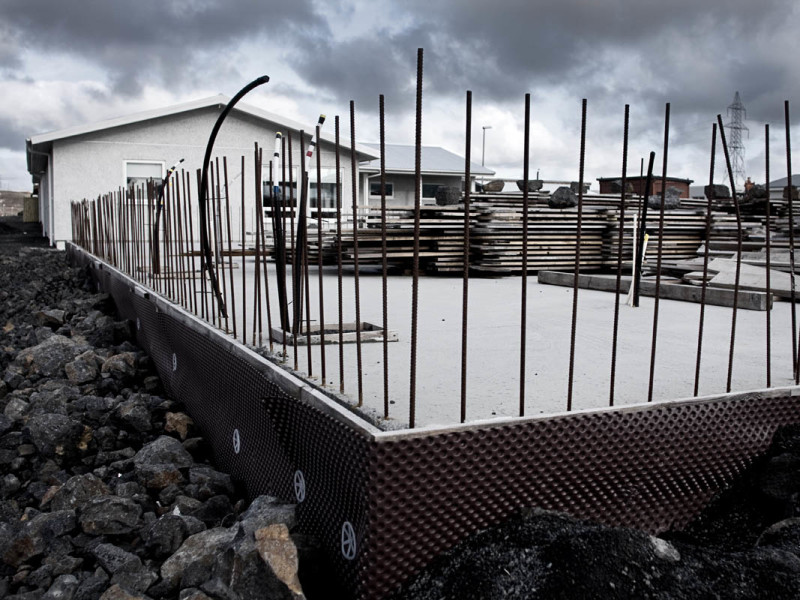 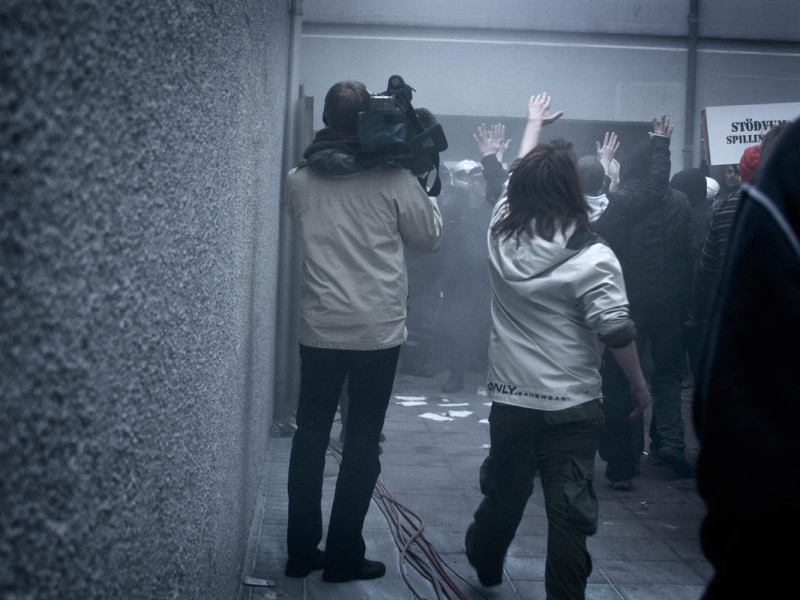 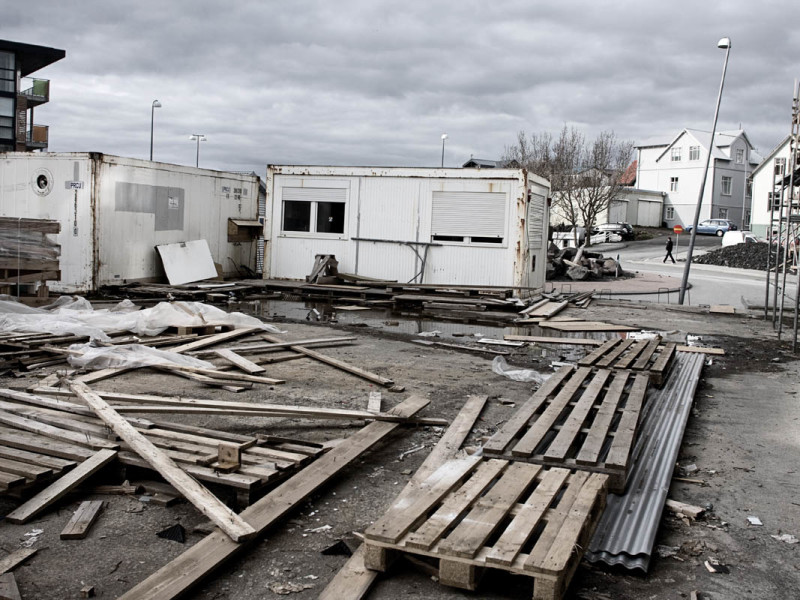 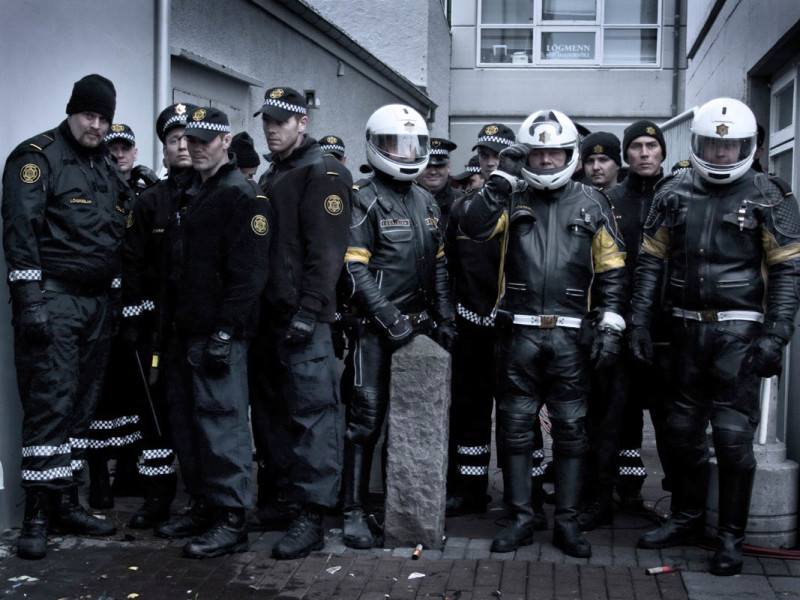 Photos of unfinished buildings in Iceland and of people during the 2008/2009 protests against the Icelandic government after
the collapse of the Icelandic banks. The photos are a part of the film/documentary Tralalá by Masbedo produced by Rossofuoco Film presentet at
the Film Festival in Venice, Italy 2012 and at the Reykjavik Film Festival in Reykjavik, Iceland 2012.